Halifax Made The Final Six Best Street Redesigns Of 2017!! VOTE VOTE VOTE Until The 26th.

Streetsblog asked  readers to send in their nominations for the best street redesigns of 2017, and Argyle/Grafton streets made the cut of six outstanding finalists.

Voting is open until the 26th. 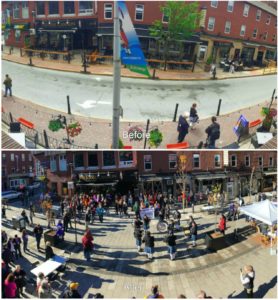