Forty years and 38 days ago Wednesday, Terry Fox began his “Marathon of Hope” — a cross-country run to raise money and awareness for cancer research in Canada.

In honor of Fox’s run, Adidas is releasing a 40th anniversary commemorative sneaker and T-shirt with 100 percent of the net proceeds going to the Terry Fox Foundation. The company, after receiving a letter from the Port Coquitlam, B.C., native who three years earlier had his right leg amputated due to cancer, supplied him with 24 pairs of blue Orion running shoes.

The May 20 sale will feature a replica of those same shoes Fox wore, with a few tweaks. The shoelaces will have quotes by Fox on them and “Terry Fox” will be printed in gold alongside the Adidas stripes. Each shoe purchase will come with a copy of the letter he sent to Adidas. 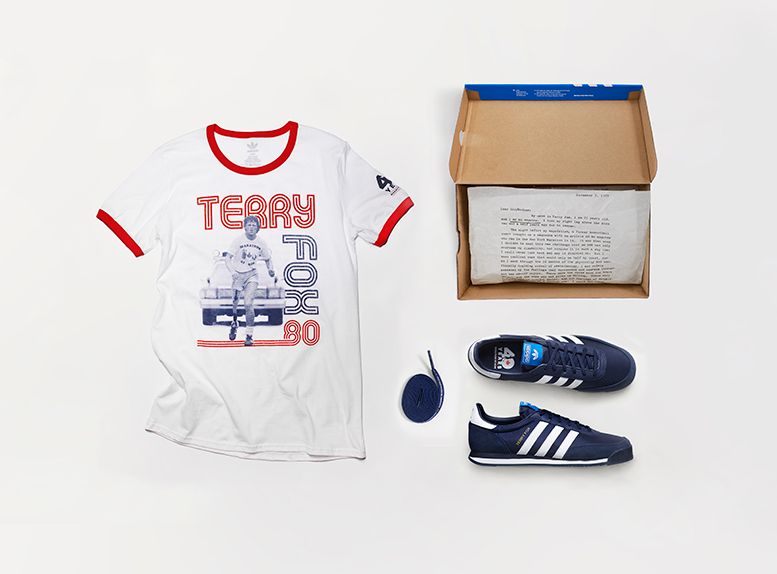