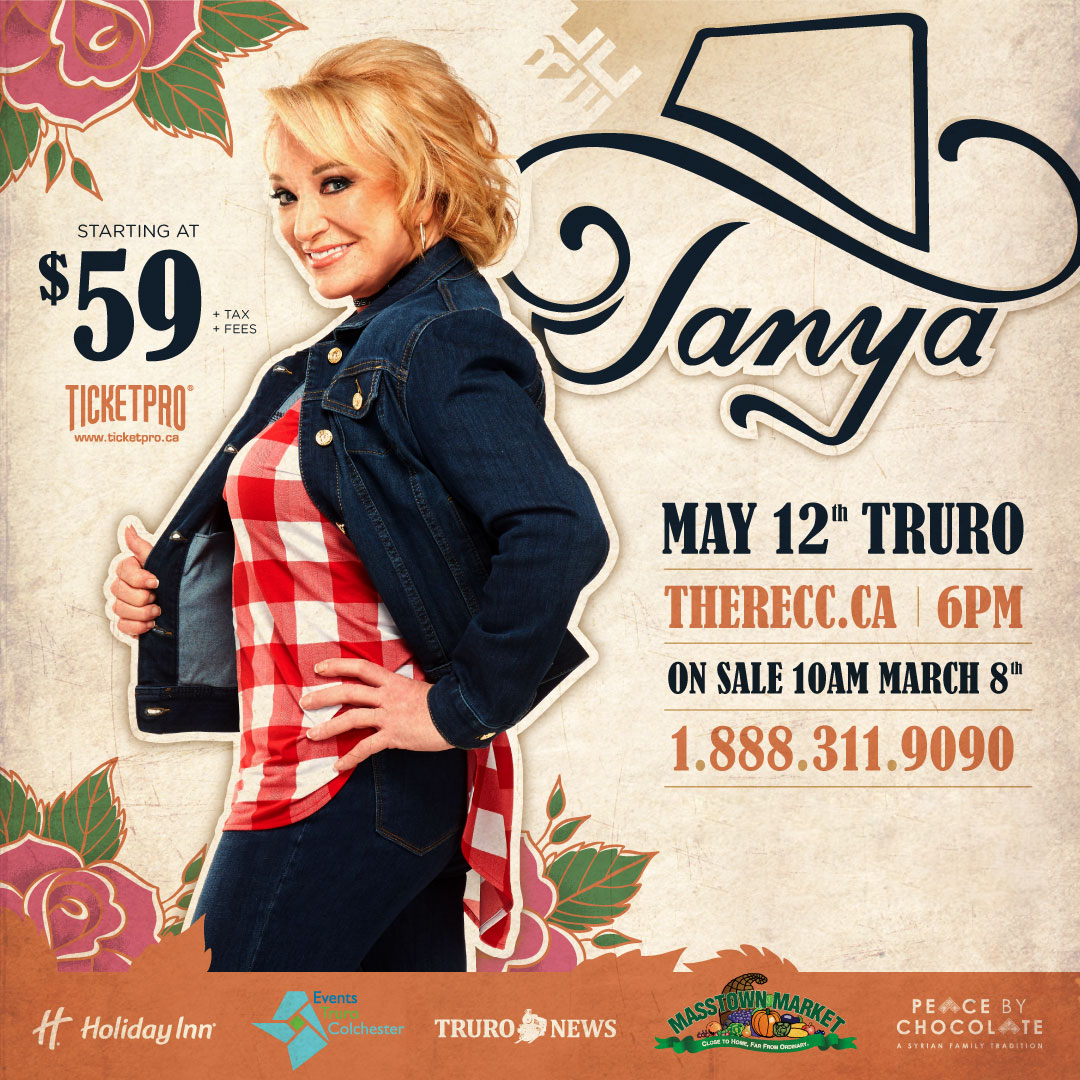 In 1974, Rolling Stone ran a cover story on Tanya Tucker with the headline that said “You’re Gonna Hear From Me.” Truer words have never been spoken. The country music icon’s sultry voice and vivacious stage presence makes her one of the most admired and respected female vocalists in the country music genre. Fans from all corners of the province are sure to hear from the legendary performer with tour dates slated in Bridgewater and Truro this spring. The first stop for the superstar will be on Saturday night, May 11 th at the Lunenburg County Lifestyle Centre at 7pm, followed up with a stop in Truro at the Rath Eastlink Community Centre on Sunday May 12 th at 6pm for Mother’s Day.

Tanya’s reign includes 23 Top 40 albums and a string of 56 Top 40 singles, 10 of which reached the No. 1 spot on the Billboard charts. Along the way, she has provided some of the biggest country music hits of each decade, including, “Delta Dawn”, “Two Sparrows in a Hurricane,” “It’s a Little Too Late,” and “Texas (When I Die)”, just to name a few. Tucker is also the recipient of numerous awards, including two CMAs, two ACMs and three CMT awards. In August 2016, the Academy of Country Music honored Tucker with the Cliffie Stone Icon Award during the 10th Annual ACM Honors™. All-inclusive sales of singles, albums, hits collections and digital downloads have topped 25 million records worldwide.

“Tanya Tucker is country music royalty and I could not think of a better time than Mother’s Day for her to grace our stage at the Rath Eastlink Community Centre.” Matt Moore, the General Manager at the RECC.”

TICKETS to this all ages event can be purchased in-person at RECC Welcome Desk Box Office or online at TICKETPRO.CA or by calling 1.888.311.9090