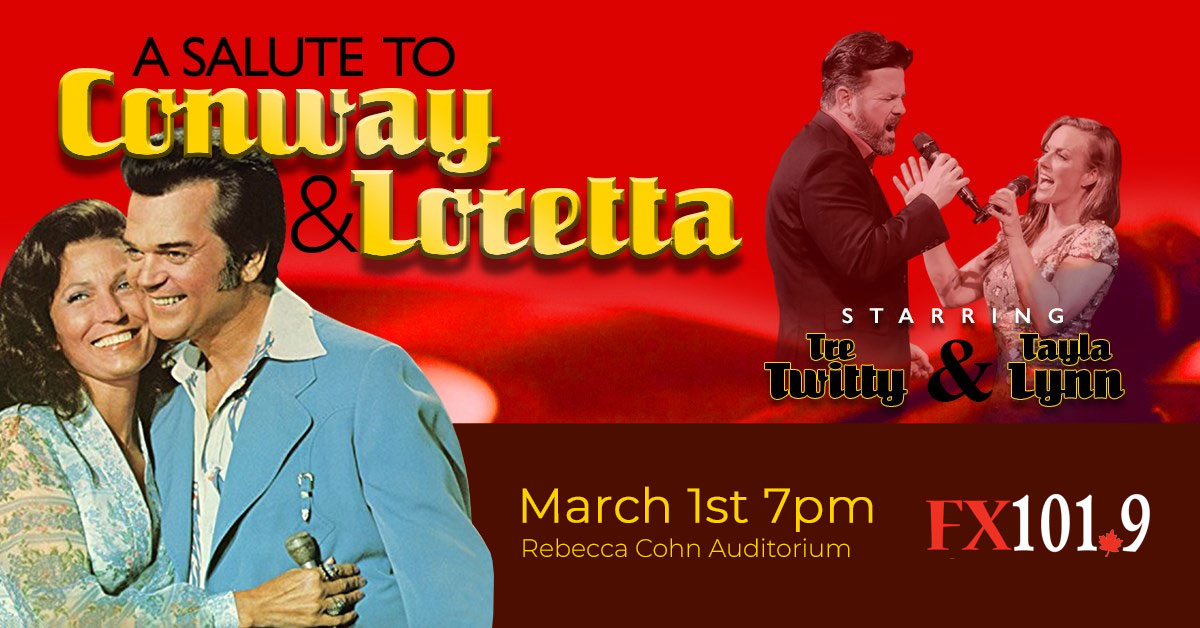 Following in his grandfather’s footsteps and a true legend in the making, Tre Twitty will be honouring his grandfather, Conway Twitty in a heartfelt tribute that has brought tears to the eyes of many. Tre will be pairing up with Tayla Lynn, beloved granddaughter of Loretta Lynn, covering many of the number one hits and beloved classics of their grandparents that will hold the audience captive. You don’t want to miss this historical intimate concert with the spectacular duo you will never forget.